The cycle can be performed by voice and piano alone or with chorus. In the choral version, 3. Sadiq is sung by the chorus alone, and two others (2. Ashbah and 5. Jameel) are sung with soloist, chorus, and piano. The full score contains both versions, and the choral score contains just the three songs they sing.

Also available is the third song, Sadiq, which may be performed alone by chorus.

Here is a score video of the last song, sung and played by the composer, followed by recordings of the complete cycle.

One thought on “Here, Bullet” 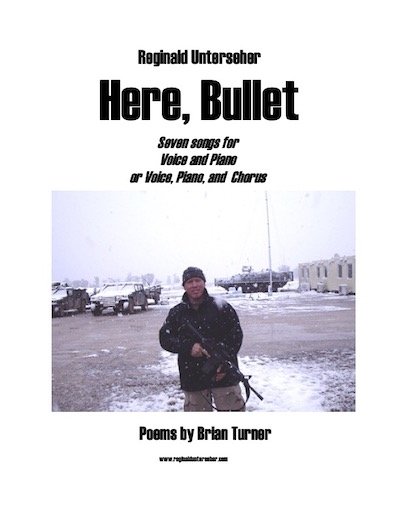